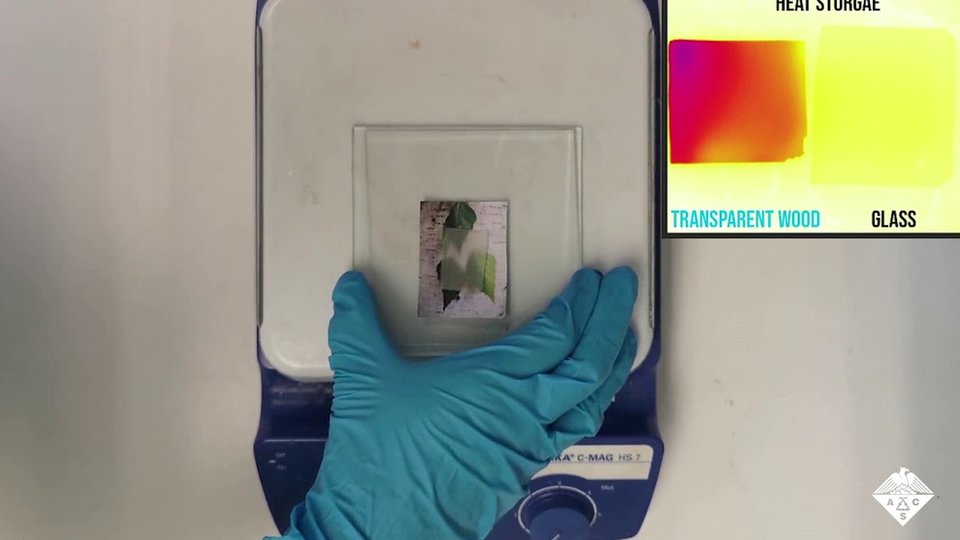 Transparent Wood: The Heat-Trapping Material of the Future

Wood is seeing increasing use in a range of eco-friendly projects, but a new form of transparent wood that is capable of storing or releasing heat as required could prove invaluable in future projects

Three years ago the scientific community was first introduced to the idea of transparent wood. Back then this breakthrough material could transmit excellent levels of light, while providing superior insulation to glass.

Now, however, researchers have unveiled an improved version that could prove to be the environmentally friendly material of the future.

Developed by a team at KTH Royal Institute of Technology in Stockholm, Sweden, it is not only capable of high levels of both light transmission and thermal insulation, but also has the ability to capture, store and release heat thanks to the addition of the polymer polyethylene glycol (PEG).

This means that it could be used to provide tuned thermal support to houses – reducing the need for artificial heating and ventilation and so improving a building’s environmental credentials.

“During a sunny day, the material will absorb heat before it reaches the indoor space, and the indoors will be cooler than outside," explained Céline Montanari, a PhD student who presented the research at the American Chemical Society Spring 2019 National Meeting & Exposition on 3 April.

"And at night, the reverse occurs – the PEG becomes solid and releases heat indoors so that you can maintain a constant temperature in the house."

While the material is only at the lab stage, the researchers are now looking at ways to make the production process work at industrial scale. It is hoped that it will be available for use in real-world projects within five years.